Islamic State ‘Beatles’ on way to face US charges

Post Desk : Two ex-British Islamic State (IS) prisoners are travelling to the US to appear in court later over the killing of Western hostages, CBS News said. 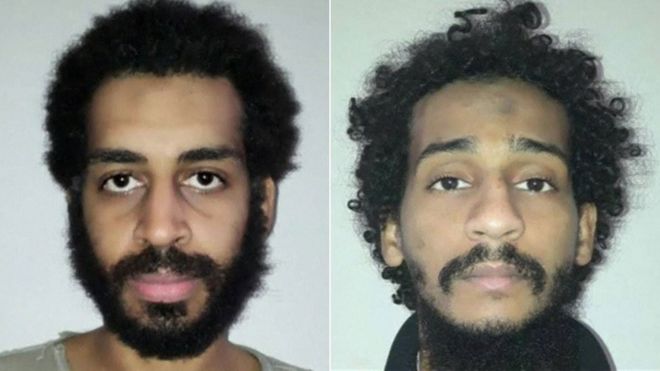 Alexanda Kotey and El Shafee Elsheikh are accused of belonging to an IS cell dubbed “The Beatles” involved in kidnappings in Iraq and Syria.

CBS, the BBC’s US news partner, cited a source saying the pair are on their way to the US to appear in a federal court.
The men, previously in US military custody in Iraq, deny the charges.

It comes after the UK sent evidence to the US following assurances the two men will not face the death penalty.

They are alleged to have been members of an IS gang responsible for the death of hostages in Iraq and Syria in 2014.

The men were previously stripped of their UK nationality.

The victims – who included American journalists and UK and US aid workers – were beheaded and their deaths filmed and broadcast on social media.

Hostages nicknamed three men – Kotey, Elsheikh and Mohammed Emwazi, known as “Jihadi John” and who died in a drone strike – after the 1960s pop group due to their British accents.
The US sought the UK’s help in the case but until recently a legal fight over the use of the death penalty hampered co-operation.

Last month, the US made clear Kotey and Elsheikh would not be executed if found guilty.