Post Desk : Ministers are facing a backlash from leaders in the north of England over fresh coronavirus lockdowns, which they say risk “severe redundancies” and business closures in the run-up to Christmas. 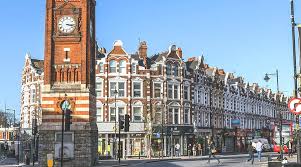 Their comments come as Prime Minister Boris Johnson is set to outline a new three-tiered system of measures to MPs on Monday with plans expected to include the closure of pubs, restaurants and other hospitality venues.

Leaders from Greater Manchester, Tyneside, Sheffield and Liverpool have called for more cash to support areas placed under tougher restrictions, warning ministers they cannot lockdown the North “on the cheap”.

They said an expansion of the UK-wide Job Support Scheme, announced by Chancellor Rishi Sunak on Friday, does not go far enough.

Under the scheme, workers at businesses forced to close because of stricter lockdown measures will have two-thirds of their salaries paid by the government.

But Greater Manchester Mayor Andy Burnham said that accepting the chancellor’s financial package would be to “surrender our residents to hardship in the run up to Christmas and our businesses to potential failure or collapse”.

“We are not prepared to do that,” he said, during a joint news conference with Jamie Driscoll, mayor of North Tyne, Dan Jarvis, mayor of the Sheffield City region, Steve Rotherham, mayor of the Liverpool City region and Sir Richard Leese, the leader of Manchester City Council.