Post Desk : Boris Johnson has rebuffed demands from Conservative MPs to speed up the end of lockdown laws by saying that the way out will be “cautious but irreversible”. The Prime Minister ruled that infections must be “really, really low” before easing restrictions or there would be a greater risk of new mutations of Covid-19 breaking out.

He said that he hoped all schools will go back from March 8.

Speaking during a visit to the Orpington Health and Wellbeing Centre in south-east London, Mr Johnson insisted: “No decisions have been taken on that sort of detail yet, though clearly schools on March 8 has for a long time been a priority of the Government and of families up and down the country.

“Rates of infections, although they’re coming down, are still comparatively high.

“So we’ve got to be very prudent and what we wanted to see is progress that is cautious but irreversible and I think that’s what the public and people up and down the country will want to see.”

Health Secretary Matt Hancock hammered home the same cautious message, warning that there was still a risk that a new mutation of Covid-19 “blows the whole thing”.

They spoke out after Tory MPs called for a concrete timetable for the easing of what is hoped will be Britain’s last ever national lockdown. The Health Secretary said there was “a long way to go” before the Government dared set dates for ending it.

However, former minister Steve Baker, deputy chairman of the Covid Recovery Group of Tory MPs, which has been calling for a more detailed exit strategy, said all curbs on pubs, restaurants and clubs should be scrapped in May when the vaccine roll-out is due to protect almost all of Britain’s at-risk people.

The tensions emerged as all sides celebrated the successful meeting of Britain’s first vaccination roll-out target, with 15 million people given a first jab and all those in the first four priority groups being offered one. The next target is to vaccinate all over-fifties plus younger people who are “at risk” because of illness by the end of April, totalling 32 million people.

Mr Hancock told Sky News it was too soon to make promises of when the hospitality sector and holidays can be unlocked. “There’s a long way to go. There’s too many people still in hospital and sadly the number of deaths is still too high,” he said.

Mr Hancock added that ministers were “vigilant to ensure we don’t have a new variant that blows the whole thing”.

Mr Hancock also ruled out giving VIP access to pubs or restaurants to people who have been vaccinated. The words of caution were a blow to those who saw light at the end of the tunnel amid hopes that the go-ahead would quickly be given to shops reopening, families being reunited and self-catering “staycations” allowed by Easter.

Mr Baker said that if the new vaccines target was hit before May then 99 per cent of deaths could be avoided. “We think that’s the point at which it really is very difficult to justify, that it is impossible to justify, further legislative restrictions on people’s lives,” he told Talk Radio. But he said pubs should be reopened if possible earlier.

Mr Johnson hopes both secondary and primary schools will go back on March 8, Government sources confirmed today. A final decision will be taken after “real world” data, due by the end of this week, shows how much the vaccine protects against transmission of the virus in everyday conditions.
One-to-one meetings between friends on a park bench, plus household picnics in the open air will also be possible from March 8, if the fall in infections continues, sources confirmed.
The Health Secretary voiced concern about vaccine hesitancy in BAME communities after a study claimed that take up was only 37 per cent among black staff at one health trust.
New data shows coronavirus deaths in London have plummeted by 70 per cent since the peak on January 1.
Case rates have fallen across nearly 95 per cent of local authorities in the UK. Of 380 local authorities areas across the UK, only 23 (six per cent) have seen a week-on-week increase in case rates compared with 354 (93 per cent) where the rates have fallen.
Quarantine in hotels for travellers from “red listed” countries began this morning, with coaches picking up people at Heathrow.

Scientists were united this morning in backing the Government’s pleas for caution about unlocking too early.

Professor Neil Ferguson, who advises the Government on the Nervtag group, said more information was needed about how effective vaccines are going to be.

He told Good Morning Britain: “We have results from scientific studies, clinical trials, but the real world is a different thing.” Mr Johnson is due to publish the roadmap to ending restrictions next Monday. 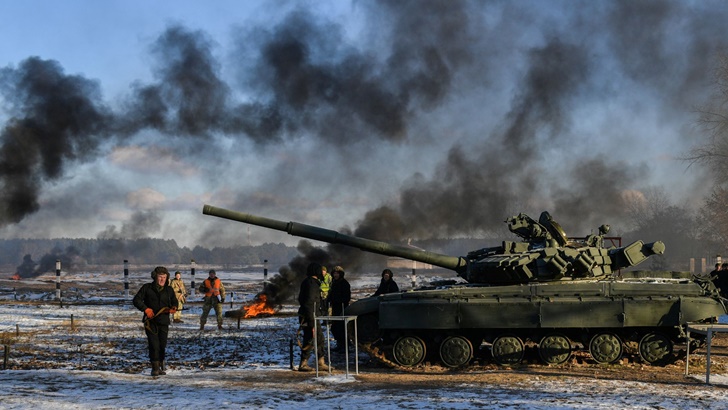