Post Desk : Two households will be able to meet outside by Easter under Boris Johnson’s blueprint for lockdown easing, it has been reported. 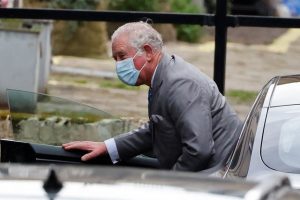 The Prime Minister will be making final edits this weekend before unveiling his plan to the nation on Monday afternoon.

A source told The Sun the decision had been made “as a recognition of how tough these last few weeks and months have been.”

It is understood that the two households will be permitted to meet in outdoor settings including parks with private gardens also under consideration.

The government has also announced that care home residents will be allowed one named visitor from March 8, coinciding with the reopening of schools.

According to the Guardian, Chris Whitty is “very unhappy” about a “big bang” return to schools on March 8.

A source told the paper that England’s chief medical officer was concerned about 10 million schoolchildren and staff returning to classrooms in one go and was reluctant to publicly support the policy.

It comes as the UK coronavirus R rate has fell slightly on Friday to between 0.6 and 0.9.

Last week the virus’s reproduction number was between 0.7 and 0.9. The small drop suggests the outbreak is continuing to slow down across the country.

R represents the average number of people each Covid-19 positive person goes on to infect.

It brings the total number of people who have died within 28 days of testing positive for the virus to 119,920.

All school children in England will return to the class room on March 8 under plans to ease the lockdown.

It is expected that sports like tennis and golf will be able to resume as part of a following phase. Outdoor dining is also tipped to be given the green light before restaurants can re-open.

The national lockdown came into force at the beginning of January when most of the country was already under strict Tier 4 rules.

Meanwhile Welsh First Minister Mark Drakeford has confirmed a slight relaxation of the rules in the country with people allowed to exercise locally with a member of another household.