Post Desk : The government failed to publish details of more than 500 Covid contracts in time to meet its lawful requirements, the High Court has said. 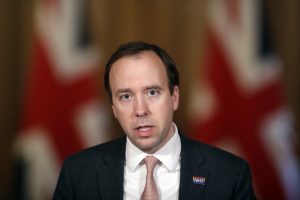 The Department of Health and Social Care was found to have acted unlawfully over the publication of contracts hurriedly entered into during the pandemic, including for millions of items of PPE.

The Good Law Project brought a legal challenge to the government’s actions, arguing transparency was vital for the scrutiny of billions of pounds of public spending.

The government is required by law to publish a “contract award notice” within 30 days of the award of any contracts for public goods or services worth more than £120,000.

He decided the “historic failure” had denied the public the chance to “ask questions about them and raise any issues with oversight bodies such as the NAO or via MPs in Parliament”.

And he concluded the emergency circumstances of the pandemic provided an “excuse” for not complying with the law, rather than a “justification”.

Making the formal declaration on Friday, the judge wrote the DHSC “acted unlawfully by failing to publish contract award notices for relevant contracts for supplies and services relating to Covid-19 within the 30-day period required… in respect of 504 of the 535 contracts awarded on or before October 7 2020 – i.e. 94%”.

Mr Justice Chamberlain also said: “The defendant has published 608 out of 708 relevant contracts for supplies and services relating to Covid-19 awarded on or before October 7 2020.

“In some or all of these cases, the defendant acted unlawfully by failing to publish the contracts within the period set out in the (transparency policy).

“The Secretary of State has now produced what he says are the correct figures showing the extent of compliance with (the 30-day requirement) but cannot produce equivalent figures for compliance with the transparency policy.

“This is because the date on which the contract is uploaded is not recorded on the Contracts Finder database, so it has not been possible to calculate how many were published within the timescales set out in the transparency policy.”

The judge noted the Good Law Project has pointed out 100 contracts still appear not to be on the ‘Contracts Finder’, and said it is “unfortunate” correct figures for compliance with the transparency policy are not available.

The government has been ordered to pay £85,000 towards the Good Law Project’s costs.