Post Desk : Detectives hunting for a missing marketing executive were expanding their search today as investigators admitted that she appeared to have “disappeared into thin air”. Officers have issued CCTV footage of Sarah Everard, who has been missing since Wednesday evening, which confirms she was walking alone around half an hour after leaving a friend’s Clapham home.

Ms Everard, 33, was believed to be heading to her Brixton flat after leaving Leathwaite Road at around 9pm, with the video showing her in Poynders Road.

Investigators believe she took the busy A-road because it would have been believed to be safer than quieter back routes.

A source close to the investigation said: “It’s like she just disappeared into thin air (after the last CCTV sighting). We think she went up Poynders Road because it’s usually busy and safer than the back routes.”

The CCTV image — understood to have been from a private doorbell camera — captured her walking alone along the road, from the junction at Cavendish Road, towards Tulse Hill, which is south of Brixton.

Police have searched Clapham Common where they believe she walked through but were today concentrating the hunt further towards Brixton and around Tulse Hill, with officers carrying out house-to-house inquiries.

Ms Everard’s uncle, Nick Everard, today told the Standard: “Her phone stopped at some time on Wednesday evening. We are totally at a loss as to what happened to her. There’s nothing in the background to explain her disappearance. She was in contact with family on a daily basis.

“She is level-headed and sensible. Please, anyone who has any information come forward. My brother and family are in London searching. We have had no more information from the police at the moment beyond the last sighting on the footage.”

The investigation is being led by Scotland Yard’s Specialist Crime Command, which investigates murders because of the “complex nature” of the case.

Ms Everard was last seen wearing a green rain jacket, navy blue trousers with a white diamond pattern, and turquoise and orange trainers. She is thought to have been wearing green earphones and a white beanie hat.

Police believe she probably walked through Clapham Common and was walking towards her home, although they said it was unclear whether she did return to her house.

A statement issued by her family said: “With every day that goes by we are getting more worried about Sarah. She is always in regular contact with us and friends and it is totally out of character for her to disappear like this. We are desperate for news and anyone knows anything about what happened to her, we would urge you to come forward to the police.”

Detective Chief Inspector Katherine Goodwin, who is leading the investigation, said: “I would like to stress that there is no information at this stage to suggest anything untoward may have happened to Sarah. The focus remains on returning her home to her family safe and well.” 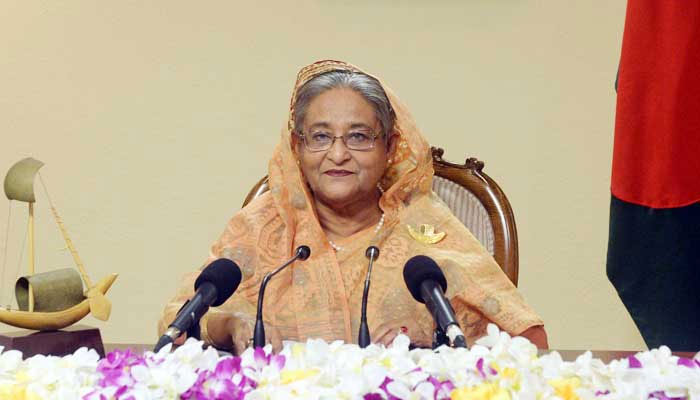