Boris Johnson: No Covid vaccine passports for pubs until all Britons offered jab 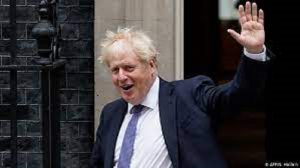 “I do think there is going to be a role for certification,” he told reporters, but then went on to hint that any scheme would be delayed until the national vaccine rollout was completed.

“You might only be able to implement a thorough-going vaccination passport scheme even if you wanted such a thing in the context of when absolutely everybody had been offered a vaccine.”

The Prime Minister’s words came after a backlash grew among MPs, pub landlords and even scientists over a suggestion he made that pubs may be allowed to ban drinkers who fail to show a Covid vaccine certificate or pass a test.

The boss of one of the UK’s major pub chains called it “a fairly poorly thought-out idea” that would expose young staff to confrontation with customers and possible intimidation.

Top scientist Sir Jeremy Farrar said it “crosses that line of individual freedoms and public health”, calling for policies based on “persuasion and engagement” instead.

The row came as MPs voting to extend the emergency lockdown powers for another six months.

Despite a rebellion by up to 25 Conservative MPs, the powers were set to be continued with Labour support to the end of October.

In other developments some 6,100 lives have been saved by the UK vaccine programme, an analysis by Public Health England shows.

“I want to get to a position where we can have an updated vaccine in weeks or months, not a year,” he told the FT.

“I actually agree with the Prime Minister – that is, the Prime Minister of February when he said that he didn’t think there was a case for expecting people to show papers to go to the pub and said there were very significant problems with ethical, moral questions about this issue.

“I’ve heard some heads of pub chains this morning set out some of those significant problems.”

He said it was “discriminatory” to bar people who did not have a jab, including younger people, pregnant women and those with medical conditions and many vaccine hesitant BAME people.

Tewkesbury Conservative MP Laurence Robertson, vice chairman of the all-party parliamentary group on pubs but speaking in a personal capacity, told The Standard: “I would like to see pubs open fully on April 12 and not require vaccine certificates to get in.”

Senior Tory Sir Robert Syms, MP for Poole, strongly criticised the idea of vaccine passports to get into a pub.

“It’s bonkers,” he told The Standard.

He argued that such a system would not work because millions of adults will not have had two jabs before September.

“In reality, it just won’t happen because pubs to do business will open up to everyone.”

Tory MP Peter Bone said: “The vaccine passport thing is about making people show papers and certificates. It goes against all our freedoms.

“Why on earth should we show papers to have a pint when we are all being vaccinated?”

Jonathan Neame, chief executive of Shepherd Neame pub group, told Today: “I’m very concerned about the pressure we put on our young people – 50 per cent of people (working) in pubs are under 25 – you’re going to force them to make some very challenging judgments, because they’re not qualified or trained as door staff, as they might be in the nightclub sector.

“So those people might therefore be subject to intimidation, if people think they are being unfairly discriminated against, and then there’s the question about who’s going to enforce this – are police going to do random checks?

He added: “This is a fraught with difficulty I think, and it is, in my view, a fairly poorly thought-out idea at this stage.”

Sir Jeremy told Today “I think there are better ways to do this. I think public health, really, totally depends on trust, and a sense of ownership by all of us. … I would prefer to see persuasion and engagements, and trust in the system, that it will work for all of us.”

He said “certificates and passports … I think crosses that line of individual freedoms and public health”.

During a visit to the Monkey Puzzle Day Nursery in Greenford, the Prime Minister said a review of the ethical dilemmas of the proposal would come in April.

And he revealed that previous Covid infections could be recorded as part of the immunity certificate that has been mooted to open up travel and other activities.

“There are three basic components. There’s the vaccine, there’s your immunity you might have had after you’ve had Covid, and there’s testing – they are three things that could work together,” he said.

“No decisions have been taken at all. One thing I will make clear is none of this is obviously going to apply on April 12 when it will all be outdoors anyway.”

Children’s minister Vicky Ford said she wanted to wait to see the results of the Government’s taskforce review into vaccine passports before expressing an opinion on their use in Britain.

She told LBC radio: “Obviously I want to get back to the pub with my friends as much as everybody else.

I know there has been a lot of focus on this today.”

Pressed on whether she agreed with asking people to show a Covid status certificate, she added: “I think we need to wait for that review.

“It has lots of ethical questions, etcetera, but it is being done, it has been promised that that will be there before that final stage of the lockdown in June.

“It will look at testing and whether or not you should prove you have been tested recently, as well as other things.”

Do you think vaccine passports should be required to enter pubs? Have your say in the comments below.