County Councillor of West Northamptonshire Council, Mr Imran Chowdhury was conferred upon with B.E.M (British Empire Medal) by Her Majesty the Queen in the New Year’s Honours list 2020.

Recently, his investiture ceremony took place at the Country Hall in Northampton during a ceremony. The Queen’s representative of the Country, the Lord Lieutenant, handed over the Medal to Mr Chowdhury.

“This was a unique ceremony and the citation for the award was read out personally by Lord Lieutenant James Saunders Watson Esq, the citation for the award was Mr Chowdhury has worked tirelessly for the Bangladeshi community over a decade. He is a passionate and dedicated individual who serves the community with enthusiasm for their own success. His work covers community cohesion, integrating Muslim youth to other faith groups, encouraging and organising events for the youths to join the Army, Police Force and the Navy and actively promoting integration in society for the community. The nominee also delivers motivational speeches for young people to make positive choices in the path they wish to choose. He has been an excellent role model to youths. He has proven to be a dedicated in his professional life. His influence reaches the whole Bangladeshi in the U.K.; this is due to his newspaper writing for the local and national newspaper on the subjects of history, legacy, ethos, heritages for the diaspora community current generations. ”

The ceremony was attended by many other dignitaries and luminaries of the County. The High Sheriff, Mrs Amanda Lowther and Councillor & Alderman Brian Sargeant also attended the investiture Ceremony. 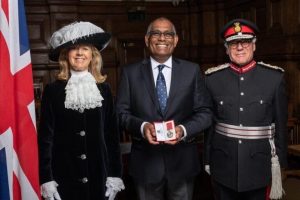 In an interview, Mr Chowdhury commented that “this Honour is for the people of Bangladesh who are doing so well in the U.K. and he also reiterated that, this great Honour will help encourage scores of Bangladeshi diaspora people get themselves involved in the Third Sector activities to help and serve the wider communities in the U.K. and worldwide. He expressed his gratitude and humble respect to Her Majesty the Queen for bestowing upon him with this Honour. 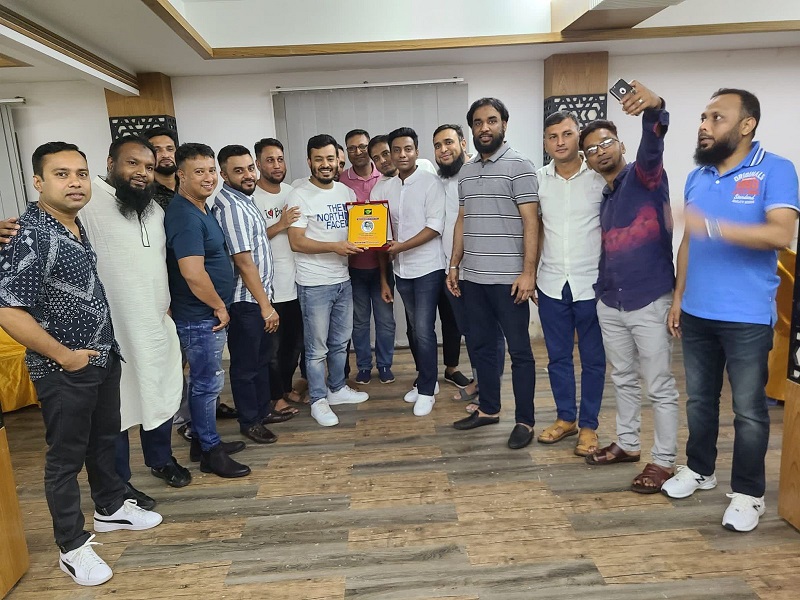