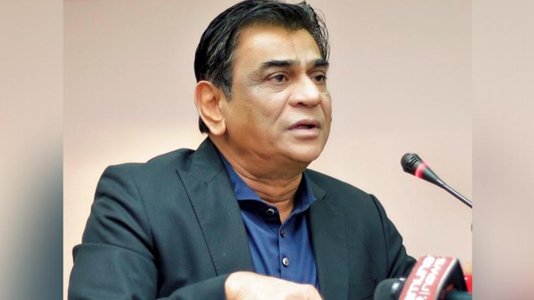 The election was held today at Pan Panfici Sonargaon Hotel in the city.

Salahuddin, one of the most popular celebrities of country’s
football, was elected as the BFF president in 2008 for the first time
by beating his the then opponent late Major General (retd) Amin Ahmed
Chowdhury.

The living legend of country’s football was again elected unopposed
thereby becoming the president for the second time in 2012 and
retained the hot seat of BFF for the third consecutive term defeating
businessman Kamrul Ashraf Khan Poton in 2016.