Post Desk : Boris Johnson came under new pressure to order a “circuit breaker” social lockdown over half term as three senior scientists begged him not to “squander” a chance to arrest the spread of Covid-19. 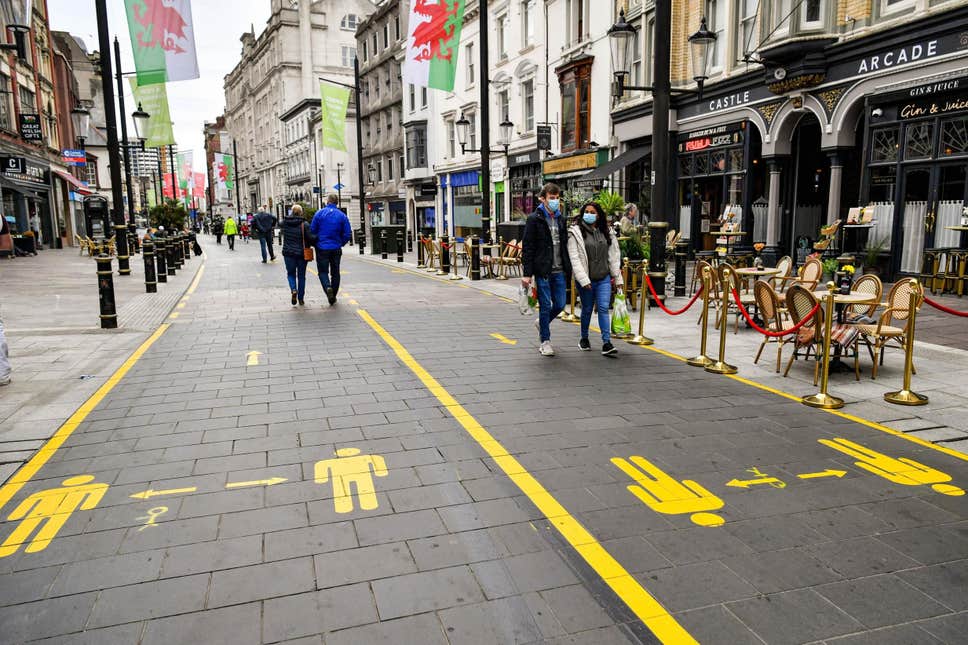 However, there were signs that the Government was split, with Chancellor Rishi Sunak said to be among ministers opposing a national shutdown of pubs and restaurants at a time when London’s coronavirus case rates are only a fifth as high as those in northern hotspots such as Manchester.

With cases rising in all areas, Scottish first minister Nicola Sturgeon became the first regional leader to concede that tougher restrictions were necessary.

The three scientists stressed that they believed the Government needed to act firmly now rather than wait and risk levels returning by the end of October to those seen at the peak of the first wave, forcing a more serious national lockdown.

“Circuit breakers are certainly something we should be thinking about on a national basis,” Calum Semple, professor of child health and outbreak medicine at Liverpool University, told BBC Radio 4’s Today programme.

The member of the Government’s Sage (Scientific Advisory Group for Emergencies) committee, speaking in a personal capacity, said that a circuit breaker — a temporary social lockdown that kept schools and workplaces open — might have been a “really good idea” if imposed weeks ago.
[0710borisjohnsonv1-0.jpg]
Mr Johnson was spotted running with his personal trainer on Wednesday morning (Jeremy Selwyn)

“It’s always easier to reduce an outbreak at the earlier stage than to let it run and then try to reduce it at a later stage,” he said.

Professor Stephen Reicher of the University of St Andrew’s, who sits on the Independent Scientific Pandemic Influenza Group on Behaviours which passes its advice to Sage, said: “If you look at the figures at the moment, the level of infections is about 10 per cent of what it was at the peak in March. But at the rate of doubling it would probably be at the same as the peak in March by the end of October.

He said the point of a circuit breaker was “to buy us the time to put other measures in place” such as better testing.

London has about 60 cases per week of Covid-19 per 100,000 residents, but the rate is higher in some areas. Redbridge has the highest rate, at 96, followed by the Hackney and City of London area at 92.5.

But the capital’s figures are dwarfed by Manchester’s, where there were 561.6 cases per 100,000 people over seven days. In Liverpool the rate has also increased sharply, from 325.1 to 516.

Senior MPs say there is a clear divide in the Cabinet between ministers who take a “safety first” approach, led by Health Secretary Matt Hancock and occasionally supported by Michael Gove, and those who believe the strategy should be to “live with the virus”, led by Mr Sunak, and supported by Business Secretary Alok Sharma, Treasury Chief Secretary Stephen Barclay, International Trade Secretary Liz Truss and Transport Secretary Grant Shapps.

There is also a split in the scientific community about the best way to fight Covid. More than 4,000 medical experts worldwide have signed the “Great Barrington Declaration” stating “grave concerns” about the lockdown response to the crisis.

They instead advocated allowing “herd immunity” to build up among those who can best fight off the effects of coronavirus, while ensuring the most at risk are shielded.

Ms Truss this morning stressed the importance of “protecting people’s livelihoods” but would not rule out a “circuit breaker”. “The whole point is we are keeping this under review,” she told Times Radio.