Post Desk : Virus experts today warned that a Covid vaccine would not be a universally available “one-shot wonder” that would swiftly allow millions to return to normal life. 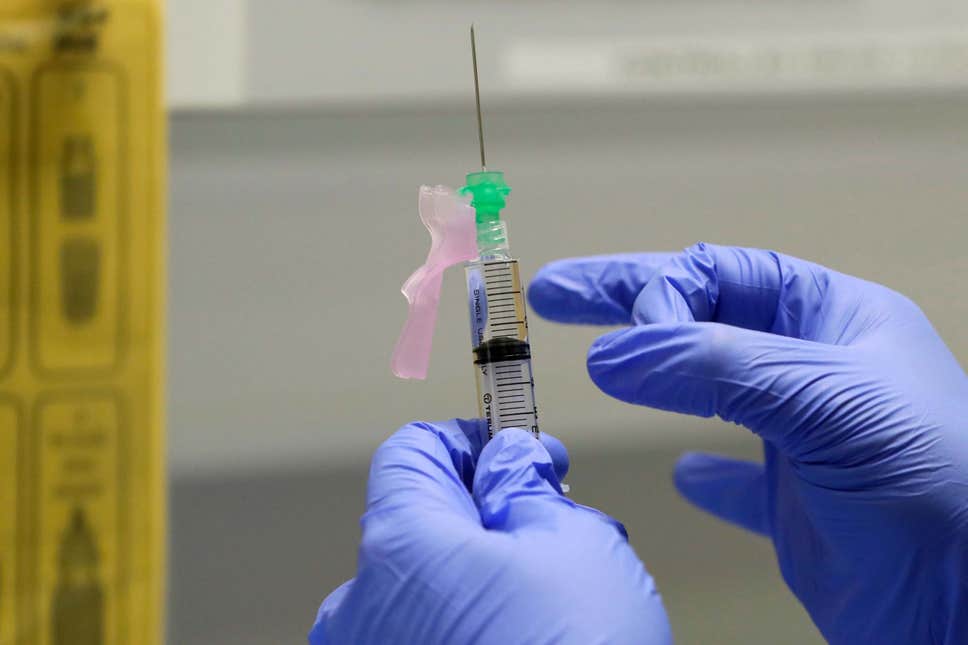 Ministers hope the first vaccine will be ready for roll-out early next year and will lead the “cavalry” charge, alongside mass testing and improved hospital care, to bring the pandemic to heel.

The Government was warned that “over-blowing” the impact of a vaccine and speed at which it would come into action risked further undermining public trust in its handling of the crisis and the roll-out of millions of anti-Covid jabs.
The Standard was told that it could be 18 months before a vaccine is widely available.
An expert said that a vaccine might work for only half the population.

Deenan Pillay, Professor of Virology at University College London, told the Standard: “The expectation needs to be tempered really that this is not going to be the thing that gets rid of the virus.

“It will be one component of many… everyone is fed up with just hearing that the cavalry or moonshot or world-beating… the net result is people lose trust in the Government if they overblow things, which is a worry. Overblowing the expectation at this stage promises to really derail things if the vaccine is not as good as first made out.”

The Standard has also been told that much depended on whether a vaccine was able to both reduce the severity of illness in those contracting Covid and the transmissibility of the virus.

This week it emerged that people under 50 in good health would be at the end of the queue to receive the vaccine — and that half the UK population was likely to miss out.

Care home residents and staff will be in the first of 11 priority categories, followed by people aged 80 and older and health and social care workers. Dr Nuria Martinez-Alier, a consultant in children’s infectious disease and immunology at Guy’s and St Thomas’ NHS trust, said the first vaccine might only work in half the people given it.

Speaking in a personal capacity, she said: “There is a good chance within 18 months that there will be a first generation vaccine, with hopefully better than 50 per cent efficacy for those at high risk. It would be fantastic if we have a vaccine that prevents infection and therefore interrupts transmission.

“If the first generation vaccine doesn’t give sterile immunity, as it’s called, but can attenuate or reduce the disease, that should be good enough. If what you prevent is hospitalisation, then that is very positive.”

Health Secretary Matt Hancock last month said he was hopeful of a vaccine being delivered later this year — though “early next year” was more likely.

“We have got the cavalry coming over the next few months — the vaccine, the mass testing and the improvements in treatments,” he said on September 20.

A day later, Sir Patrick Vallance, the Government chief scientific adviser, said vaccines were “one important part” of a wider strategy, and admitted: “We don’t yet know that they will work.”

This week, Kate Bingham, chairwoman of the UK’s vaccines taskforce, told the FT that vaccinating everyone was “not going to happen”, adding: “We just need to vaccinate everyone at risk.” Professor Martin Hibberd, of the London School of Hygiene and Tropical Medicine, said the key factor was likely to be the usefulness of the approved vaccine at protecting people of different ages. It is thought the Oxford vaccine — the UK’s most advanced of six possible vaccines — might not be suitable for the most elderly.

He added: “We are not going to have universal roll-out from day one. The two groups I imagine we would most likely treat first is, one, the people most at risk of Covid disease, and secondly those most exposed, which would be the key workers, such as healthcare workers.”

Asked whether it should be given to students, he said: “If we have a vaccine that can’t be given to the most vulnerable groups but it does prevent transmission, then there would be an argument for giving it to people who are likely to transmit it.”

A Government spokesperson said: “We want as many people as possible to access a Covid-19 vaccine. The independent Joint Committee for Vaccination and Immunisation advise Government on which groups of people to prioritise, based on the characteristics of the vaccine when it becomes available and the nature of the virus at the time of delivery, and we keep their advice under consideration.

“The committee’s interim advice is the vaccine should first be given to care home residents and staff, followed by people over 80 and health and social workers, then to the rest of the population in order of age and risk.

“An enormous amount of planning and preparation has taken place across Government to quickly roll out a safe and effective vaccine.”