A Government scientific adviser today said a “circuit breaker” lockdown was needed immediately to avoid many hospitalisations and deaths from covid.

Post Desk : Professor John Edmunds, a member of the Sage group of experts advising the Cabinet, said: “I would rather we did it right now, and we took the pain right now.” 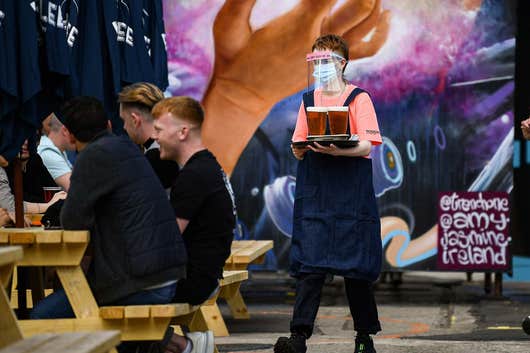 Prof Edmunds, from the London School of Hygiene and Tropical Medicine, was speaking in a Royal Society of Medicine webinar on Thursday before logging into a Sage meeting this afternoon.

“I would put the circuit breakers in as fast as we can,” he said. “We should be working from home. We should be taking other measures to reduce our contacts over the winter.”

He said the circuit breaker was needed to “stop the epidemic from getting out of control in the next few weeks or months and overwhelming the health service.

He said the Government’s strategy remained to slow the spread of the virus as much as possible until a vaccine was ready.

It is hoped this could be by the end of the year though roll-out could take many months, with those most at risk being first in the queue. Healthy working age people would be last to receive it.

Prof Edmunds, dubbed the “Crown prince of modelling” by webinar host Professor Sir Simon Wessely, said it was “unquestionably” the decision of the UK to delay going into lockdown until March 23 that caused so many deaths in the pandemic’s first wave.

“That is unquestionably the primary reason why we had so many deaths, unfortunately,” he said. “I think we need to take action rapidly to avoid making the same mistake.

“I really want the Government to act decisively now, rather than waiting and being bounced into acting sometime later.”

He called on ministers to take interventions more seriously – saying he disliked the term “local lockdown” because for some people it involved no greater curb than having to book ahead when going to the pub.

“If we let the thing get out of hand now, then we will have a lot of cases. That unfortunately means a lot of deaths. I think we will have a difficult time over Christmas with the virus, and high rates.”