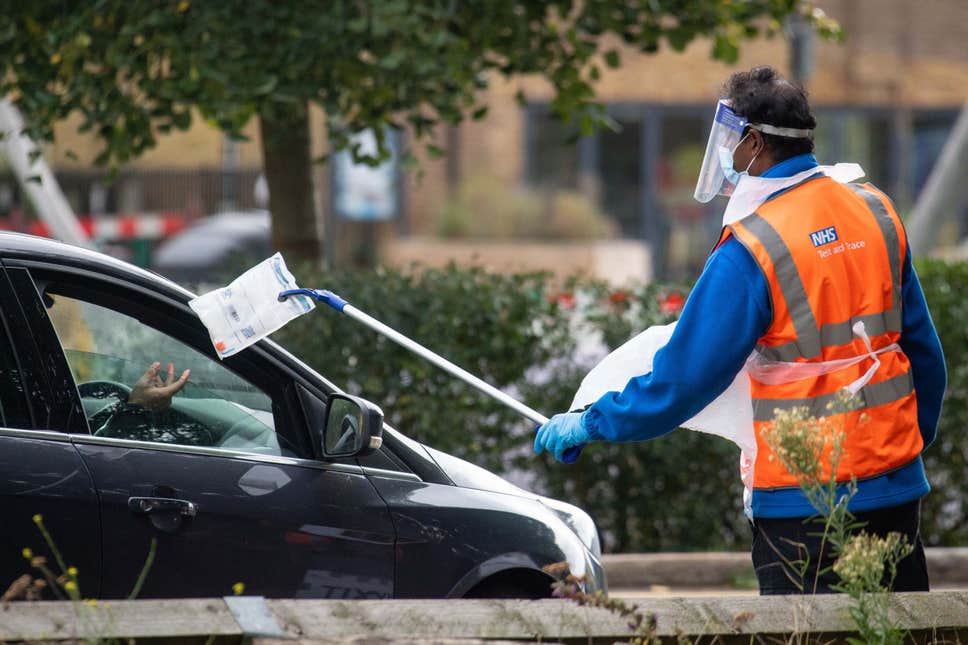 Official figures showed today there were 6,273 confirmed cases in the seven days to October 4, up from 3,965 in the previous week.

Redbridge, in east London, and Richmond, in the south-west of the capital, have both now gone above the 100 new cases per 100,000 threshold in a week, according to an up-to-date analysis of the figures.

If the infection rate rises above the threshold, new measures to combat Covid, such as a ban on households mixing, could be imposed under Boris Johnson’s (right) three-tier plans, according to reports.

The situation in London is more complex because restrictions are likely to be city-wide. A decision on tightening them could come in possibly within the next two weeks.

Part of the rise in cases in the capital is due to more testing. Peter John, chairman of London Councils, said: “London does not need to inevitably follow the North West and the North East in terms of infection rates and increased restrictions. But we can only avoid that if everyone follows the rules. If we do that, London has a fighting chance of emerging from this awful pandemic much sooner than we think.”

The epidemic is spiralling particularly in cities in the North and Midlands, including Manchester, Liverpool and Nottingham — at a significantly faster rate than London.

Infection rates in the hardest-hit boroughs of London are less than a fifth as high as the hotspots in the North.

However, Professor Helen Stokes-Lampard, chairwoman of the Academy of Medical Royal Colleges, said: “The figures for the number of cases in London are worrying. If the trend continues it’s just weeks away from being the same as what we are currently seeing in the North. That would be hugely damaging for the UK as a whole given that it’s such an economic powerhouse.”

Mayor of London Sadiq Khan said: “With further restrictions increasingly likely, it is even more urgent that the Government come forward with a new package of emergency financial support for businesses and employees.

“Many of our hospitality venues and other businesses simply won’t be able to survive further restrictions without immediate financial help.”

Communities Secretary Robert Jenrick warned the virus was spreading “very fast” in cities in the North and Midlands, bracing the nation for more grim news as more data emerges on the full scale of the epidemic, ahead of new restrictions possibly being announced on Monday.

He said the Government did not have plans “today” to bring in regulations for people to wear masks at work but said it would be considered.

Jeremy Hunt, chairman of the Commons health committee, highlighted that for every Covid-linked death, one person had also died due to “interruption to NHS services”.

Three boroughs had more than 300 cases in the seven-day period, according to figures compiled by the PA news agency which are more up-to-date and higher than those used by the health authorities. They were Ealing with 320, Redbridge 317 and Barnet 314.

Sixteen areas have more than 200 cases including Brent, Enfield, Hackney (where the bulk of cases were recorded) and the City of London, Haringey, Harrow, Hillingdon, Hounslow, Lambeth, Newham, Richmond, Tower Hamlets, Wandsworth and Croydon.

London health experts and borough leaders were due to be updated this afternoon on the new infection figures.

The capital is said to have “turned a corner on testing” following the restoration of tests diverted to other parts of the country and the return of schools.