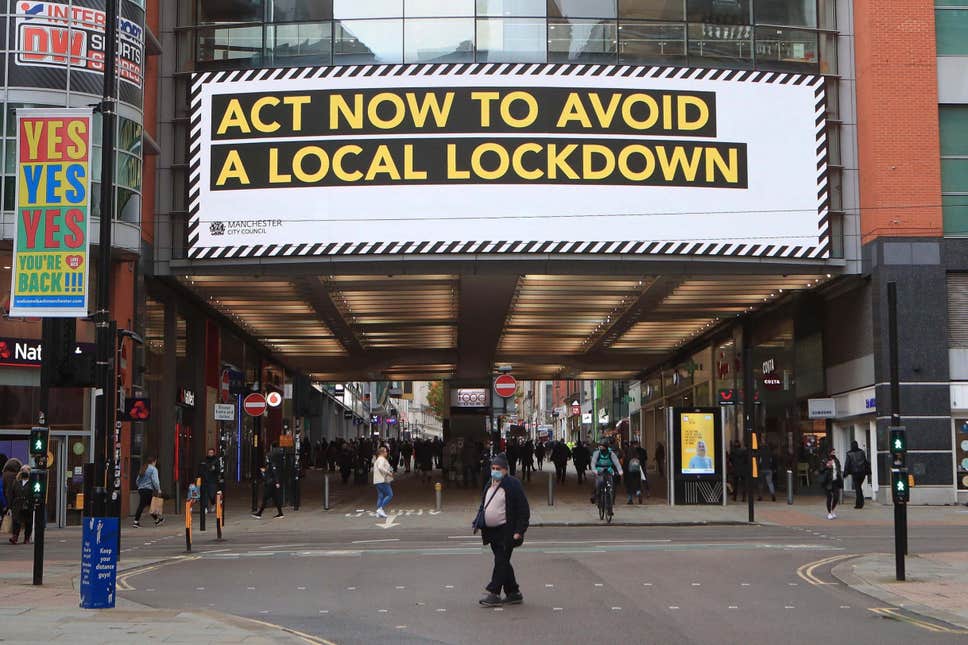 Amid mounting fears of a second wave of Covid-19, the Office for National Statistics (ONS) said cases had soared by an estimated 17,200 per day in private households during the week leading up to October 1.

This is the equivalent of around 0.41 per cent of the population.

The ONS said its estimates showed the number of infections has “increased rapidly in recent weeks”.

There is clear evidence of variation in Covid-19 infection rates across the regions of England, the ONS said.

The highest rates are in north-east England, north-west England, and Yorkshire & the Humber, which have all seen steep increases in recent weeks.

Smaller increases have occurred in all other regions except for south-east England (outside London).

Downing Street said it “won’t hesitate to act” to tackle rising coronavirus cases amid reports that new restrictions will be imposed next week.

A Number 10 spokesman said: “We have been clear that we are seeing cases rise across the country, especially in the North East and North West.

“And as we have been clear throughout the pandemic, we will continue to keep all that data under review and won’t hesitate to act in order to protect communities and save lives.”

The spokesman did not confirm when the Government would announce a new three-tier local lockdown system, which is reportedly to be outlined on Monday.