Honours system is being brought ‘into disrepute’ after officials admit they have no idea how many recipients have PAID for help to get their awards, MPs warn

Post Desk : Whitehall officials have no idea how many recipients of honours have paid vast sums for help to get their awards, a Daily Mail investigation reveals.

The damning findings bring the entire honours system ‘into disrepute’, MPs have warned. 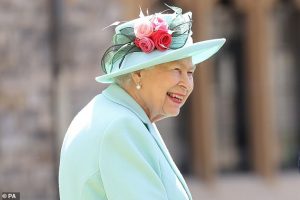 Specialist firms boast they can improve your chances of getting an honour dramatically, charging clients up to £40,000 to deliver even knighthoods or damehoods.

The awards for hundreds of those named in the delayed Queen’s Birthday Honours List on Saturday may be tainted by the involvement of the fixers.

Applicants putting forward a candidate for an honour are required to tick a box on the entry form if one of the fixer firms has been used.

The Mail asked the Cabinet Office in a Freedom of Information request to reveal how many of those submitted for honours said they used the specialist services.

Officials admitted they did not record this data and had no idea how many had paid for help.

Campaigners said the honours system was ‘bankrupt’ and skewed against ‘ordinary’ people who could not afford huge sums to try to gain an advantage.

hris Bryant, chairman of the parliamentary committee on standards, called for urgent reform.

The Labour MP told the Mail: ‘The entire point of an honour is that it’s something that is awarded on merit with a degree of transparency – in reality, this is murkier than the River Nile. There urgently needs to be top-to-bottom reform to the entire honours system.’

He added: ‘I would have hoped that if you tick the box or it becomes apparent you have paid someone else to do your application for you, then you should be automatically ruled out of getting an honour.

‘The fact that they ask this question but don’t collate how many people do this just shows a complete disregard for keeping the honours system fair and brings the entire system into disrepute.’

The Mail revealed in July how one firm, Awards Intelligence, says it helps 200 people apply for honours a year, boasting of a 65 per cent success rate for clients – some of whom pay up to £40,000.

Another company, Right Angles PR, told author Barbara Taylor Bradford it could help her get a damehood for £80,000 – a request she rejected.

It advised the DJ to become an ambassador to charities because it was ‘beneficial in the honours process’.

There is no suggestion Harris endorsed the proposals.

A third company, Bayleaf Honours, charges £1,995 plus VAT for its services. It says its clients include ‘A-list showbiz and sports stars’ as well as charity workers and business leaders.

Sir Alistair Graham, a former chairman of the committee on standards in public life, said: ‘I am astounded they ask for this information then do not keep a record of it. By not doing so means that worthy applicants who cannot pay for help could be pushed to the back of the queue and no one would have any idea. It defeats the point of the honours system.

‘What if in one year everyone who paid for help was given an honour, and the Cabinet Office didn’t even know because it ignored the numbers?

‘It just indicates plainly that this is a completely bankrupt system.

‘Honours should be won on merit and when the Cabinet Office is being directly informed people are paying professionals to win their awards but are disregarding this information, then you just think, what’s the point?’

It is illegal to buy or sell honours or to pay to influence the decision makers and civil servants but there is no law against getting help with applications.

‘Those who are awarded honours should receive them solely on merit, not as a result of the depth of their pockets,’ he added.

The decision to reflect the coronavirus battle in this year’s Queen’s Birthday Honours List led to an unprecedented 4,000 public nominations.

In total, 1,495 honours were granted, including 414 for services during the pandemic.

Last night, the Cabinet Office said it had no plans to collect data on those who had paid for professional services for honours.

A cabinet office spokesman said: ‘All nominations are independently fact-checked, validated and assessed, regardless of the source.

‘They are then presented to the independent honours committees in the same format, for the same scrutiny.’