Government reduces minimum salary for migrants to settle in UK

Post Desk : The government has quietly reduced the £35,800 minimum salary for migrants to settle in the UK by almost 30%, it has emerged. 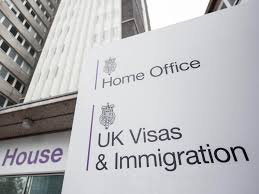 Migrants on salaries of £20,480 but with enough points under Boris Johnson’s new Australian-style immigration system to qualify for jobs where there is a shortage of workers will also be entitled to settle after six years and become citizens.

The rules, which come into force on 1 December, were published on Thursday by the Home Office, with the general threshold lowered to £25,600 as the government tacitly acknowledged the essential contribution that lower paid migrant workers make to the UK.

The Guardian Today newsletter: the headlines, the analysis, the debate – sent direct to you

Amnesty International UK said it was troubled by the way immigration rules, including salary thresholds, “have long exaggerated the privilege of people already advantaged by their relative wealth, gender and race”.

Steve Valdez-Symonds, refugee and migrant rights programme director, said: “Sadly, this latest development does not appear to signal any new or firm commitment to encourage equality of opportunity through the UK’s immigration system or to respect the rights and human dignity of all women, men and children regardless of class or colour.”

However, Migration Watch UK, which campaigns for tighter immigration control, said the move would reduce the incentive for employers to train British workers.

The £35,800 salary threshold was introduced in 2011 by Theresa May when she was home secretary as part of the effort to meet targets on restricting net migration set by David Cameron, which the government was never able to achieve.

Oxford University’s Migration Observatory, which identified the change in the 507-page rulebook, said it was “the final nail in the coffin of the net migration target”.

Deputy director Rob McNeill told the Daily Telegraph: “They are acknowledging that the bluntest of all the instruments the government used to get to that target of tens of thousands has been kicked into touch.”

About a quarter of the UK’s top earners are migrants, data shows

Before the 2019 general election in December, Johnson reprised the core message of Vote Leave’s 2016 EU referendum campaign and said that EU migrants have been able to “treat the UK as if it’s part of their own country” for too long.

He guaranteed that migration would fall under his plans after the UK left the EU as he sought to appeal to undecided Eurosceptic voters in Labour marginals.

… we have a small favour to ask. Millions are flocking to the Guardian for quality news every day. We believe everyone deserves access to factual information, and analysis that has authority and integrity. That’s why, unlike many others, we made a choice: to keep Guardian reporting open for all, regardless of where they live or what they can afford to pay.
As an open, independent news organisation we investigate, interrogate and expose the actions of those in power, without fear. With no shareholders or billionaire owner, our journalism is free from political and commercial bias – this makes us different. We can give a voice to the oppressed and neglected, and stand in solidarity with those who are calling for a fairer future. With your help we can make a difference.
We’re determined to provide journalism that helps each of us better understand the world, and take actions that challenge, unite, and inspire change – in times of crisis and beyond. Our work would not be possible without our readers, who now support our work from 180 countries around the world.
Every reader contribution, however big or small, is so valuable for our future.