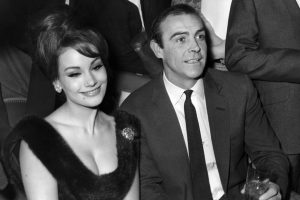 The Scottish actor, who celebrated his birthday in August, was best known for his portrayal of the British spy from 1962.

He was the first actor to bring the role to the big screen and was followed by the likes of Roger Moore, Daniel Craig and Pierce Brosnan.

He was widely regarded as the best Bond in history and regularly topped cinematic polls.

He appeared in seven of the spy thrillers – including Dr No, From Russia with Love and Goldfinger.

His awards included an Oscar, two Bafta awards and three Golden Globes during his five-decade career.

His Oscar came in 1988, when he was named best supporting actor for his role as an Irish police officer in The Untouchables.

Sir Sean’s other films included Indiana Jones, the Last Crusade, The Hunt for Red October and The Rock.
He was knighted by the Queen at Holyrood Palace in 2000.

Tributes were today paid to the actor.

On Twitter, Lorraine Kelly wrote: “Just when you thought 2020 couldn’t get any shittier the sad news that Sean Connery has died. RIP – best ever Bond.”

Nicola Sturgeon tweeted: “I was heartbroken to learn this morning of the passing of Sir Sean Connery. Our nation today mourns one of her best loved sons.”

Hugh Jackman added: “I grew up idolizing #SeanConnery. A legend on screen, and off. Rest In Peace.”

BAFTA tweeted: “We are very sorry to hear of the death of British acting legend Sir Sean Connery. He was a BAFTA Fellow, a BAFTA Special Award recipient and won a Leading Actor BAFTA in 1988 for The Name Of The Rose.”