Post Desk : A man has been charged with rape and kidnap over an alleged attack on a teenage girl in southwest London. 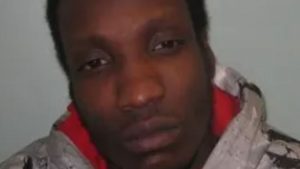 Kadian Nelson, 26, was arrested on Tuesday in connection with an incident in North Place, Mitcham, near Colliers Wood, shortly after 7am on Tuesday.

Metropolitan Police said the victim and her family are being supported by specialist officers.

Nelson, from the Mitcham area, is due to appear at Wimbledon Magistrates’ Court on Thursday.