Post Desk : Sainsbury’s has warned that 3,500 jobs could go across its supermarket counters and Argos stores. 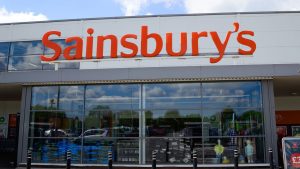 The company said its in-store meat, fish and deli counters were to be permanently shut due to a lack of shopper demand, while 120 more Argos branches faced imminent closure as it accelerates a drive to open Argos within its supermarket network.

A total of 420 standalone Argos stores are to go over the next three-and-a-half years.

In a statement, the retailer said: “Whilst we will aim to find alternative roles for as many colleagues as possible, around 3,500 of our colleagues could lose their roles.”

It made the announcement while revealing a half-year loss of £137m as £438m of charges, including costs arising from the Argos store closures, took their toll on its bottom line and offset a 7.1% rise in sales across the business.

Advertisement
Sainsbury’s new chief executive Simon Roberts, who took over in June, said: “We are talking to colleagues today about where the changes we are announcing in Argos standalone stores and food counters impact their roles.

“Right here and now, I and all the team are focused on supporting and delivering for our customers in the days and weeks ahead.”

Sainsbury’s said that, despite the job cuts, a net 6,000 roles would have been created at the company this year because of hiring to bolster its delivery operations during the coronavirus crisis to date.

It said that £290m of COVID-related costs were partially offset by £230m of business rates relief in the first half of its financial year.

The closure of the specialist counters in store is aimed at saving Sainsbury’s up to £60m.

It was announced in a week that saw several other major employers also move to slash costs in the face of pandemic pressure including Lloyds Banking Group and John Lewis.

Shares were more than 3% down in early trading despite the company paying a special dividend of 7.3p to shareholders.

It credited surging sales at both Argos and Sainsbury’s for the move – with grocery up by 8.2% compared with the same six months of 2019.

Its digital sales, which include food deliveries, rose 112% to £5.8bn.

“Given that Christmas shopping opportunities will be so limited elsewhere, the food and gift mix it offers in its physical store is also likely to help keep tills ringing during lockdown mark 2.”