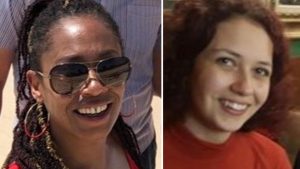 Nicole Smallman, 27, and Bibaa Henry, 46, had been celebrating a family birthday in Fryent Country Park, Wembley, when they disappeared on 5 June.

They were stabbed to death in the park and their bodies found together two days later.

Two officers are accused of taking inappropriate pictures of their bodies at the scene and sharing them with colleagues and members of the public via the WhatsApp messaging app.
The Independent Office for Police Conduct (IOPC) has confirmed that a file of evidence has now been passed to the Crown Prosecution Service for consideration.

The IOPC is carrying out a separate investigation to examine the conduct of a further six officers who allegedly were either aware of, or received and viewed the photographs but failed to challenge or report them.

The IOPC has confirmed that the majority of their lines of inquiry are now nearing completion.

A number of other investigations stemming from the original complaint, examining possible breaches of honesty and integrity, are continuing.

In total, 13 officers have been informed their conduct is under investigation for potential breaches of standards of professional behaviour.

The IOPC’s regional director for London, Sal Naseem, said: “As a result of our enquiries so far we have made two fast-time recommendations to the Metropolitan Police Service (MPS).

“These seek to ensure that the police officers, their supervisors and senior management teams all take responsibility for a culture that is in line with the Police Code of Ethics and where inappropriate behaviour can be openly challenged.

“Uppermost in our mind remain the family of Nicole and Bibaa, and we continue to provide them with regular updates.”

A separate investigation is also ongoing into how the MPS handled a number of calls from the family and friends of the sisters, who were concerned about their whereabouts after they disappeared.

The 18-year-old denies murder and is due to stand trial in June next year.