Post Desk : Boris Johnson has appointed a minister to take charge of the coronavirus vaccine rollout, as his government seeks to quell a backbench rebellion over the new tier system. 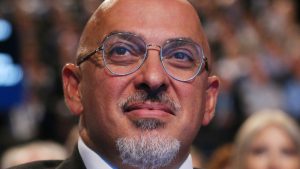 Downing Street said that Nadhim Zahawi – who is among Tory MPs critical of the new restrictions – had been made a health minister responsible for the deployment of the jabs.

Mr Zahawi, who is also a business minister, said he was “delighted” to be appointed to the role, vowing to ensure vaccines are rolled out quickly to save lives and livelihoods.

He said on Friday he was “extremely disappointed and sad” that Warwickshire, where he serves as MP for Stratford-on-Avon, will be moving into Tier 3.

It came as Cabinet Office minister Michael Gove warned every hospital in England could be overwhelmed with coronavirus cases if new tier restrictions were not introduced.

He urged MPs to “take responsibility for difficult decisions” to curb the spread of COVID-19, amid anger from some Conservatives that much of England will face stringent restrictions.

Only the Isle of Wight, Cornwall, and the Isles of Scilly will be under the lightest Tier 1 controls, while large swathes of the Midlands, North East and North West are in the most restrictive Tier 3.

In total, 99% of England will enter Tier 2 or 3, with tight restrictions on bars and restaurants and a ban on households mixing indoors when the four-week national lockdown lifts on Wednesday.

Mr Gove, writing in The Times, said: “COVID-19 is no respecter of constituency boundaries and the hardships we are facing now are unfortunately necessary to protect every single one of us, no matter where we live.

“In any analysis of this government’s, or any government’s approach, the cost of lockdown and restrictions cannot be reckoned against the status quo ante, but only against the cost of inaction, or inadequate action, and the overwhelming of the NHS.”

Mr Johnson faces a Commons showdown with his own MPs when they vote on the measures next week, which could leave him dependent on Labour support to get them approved.

The chairman of the backbench Conservative 1922 Committee, Sir Graham Brady, said he wanted to see people “treated as adults” and trusted with their own health decisions.

Tory MP Craig Mackinlay, who represents South Thanet which has the second highest R-rate in the UK, said he is planning to vote against the new tiered restrictions on Tuesday.

But Chris Hopson, chief executive of NHS Providers, urged MPs to think what the NHS might be like in January, saying: “You need to take the precautions now to ensure that the NHS doesn’t get overwhelmed at what is always its busiest time of year.”

Meanwhile, it emerged scientists advising the government said any relaxation of restrictions over Christmas will result in a “large” rise in coronavirus transmission rates and prevalence “could easily double”.

In a set of documents released on Friday, the Scientific Advisory Group for Emergencies (SAGE) said “substantial mixing” of people over a short period of time represents a “significant risk for widespread transmission”.

The scientists made their warning in a meeting on November 18 – a few days before the government announced there would be a limited relaxation of restrictions at Christmas.

They said: “The prevalence could easily double during a few days of festive season, with further multiplicative increases as new infections go back to their ‘routine’ networks.”

Mr Johnson confirmed earlier this week three households will be able to mix from December 23 to 27, but he told families they must make a “personal judgment” about the risks to vulnerable loved ones when forming a Christmas bubble.

Professor Neil Ferguson, whose modelling led to the original lockdown in March, said “individual judgment” is important when deciding whether to see elderly relatives over Christmas.